First published on www.facebook.com/breastfeedingtogether on 5/3/2019 as part of the Topic Tuesday series. 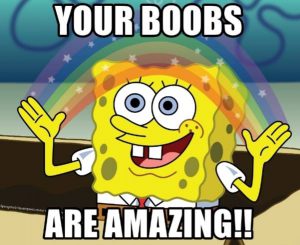 Breast milk. It’s white right? Or perhaps a bit more creamy or yellowy in those early days, but we do generally think about milk being within that vanilla colour scheme. It can be quite a surprise then, on expressing that that’s not always the case, and if it isn’t does that mean something’s wrong?

Human milk comes in a variety of colours.
That early colostrum is often very yellow in colour due to it being so concentrated.
If your older baby is unwell you might see it return to this more yellowy colour as your body responds to your baby provides them with those wonderful antibodies.

Your milk is also very cleverly flavoured by the foods and drinks in your diet. Research shows this makes babies much more likely to be more responsive to solid foods when they are ready to be introduced, as they’ve already had a ‘taste’!

This favouring can also come with a bit of colouring too!

Some food dyes, fruit drinks, and gelatin desserts have been associated with milk that is pink or pinkish orange.

Greenish milk has been linked to consuming green veg, so if you’ve had a heavy night on the spinach you may have what we affectionaly refer to as ‘Kermit milk’!!

And while the jury is out on whether carrots can make you see in the dark if your diet has a lot of of them or other yellow-orange vegetables, particularly if you eat them mashed, there can be high levels of carotene in your milk, which can turn it a bit yellow or orange!

Pink milk may indicate blood in your milk. Sounds pretty grim, but this often just comes from a bit of damage to the nipple or within the breast. Seeing blood in your milk is of course worrying, but it is not harmful to your baby as your blood and milk are made from the same stuff, so you can keep on feeding. We’ll perhaps just check that latch for you to see if we can improve things at the source before you have a little vampire!

Brown milk may be caused by (the delightfully named) Rusty Pipe Syndrome or even just rusty pipes!
As our breasts grow and stretch ready for and during those first few days of breastfeeding, extra blood flows into to our boobs and it sometimes leaks into our milk ducts which can make your milk look brown or rust-colored (like water from a rusty pipe ?). It should clear after a few days as more milk flows through your breasts, and it’s again fine to keep on feeding.

So don’t be too worried if if your milk has more colours than Dulux- remember if we weren’t expressing we’d never even know, so go ahead and let that rainbow milk flow!