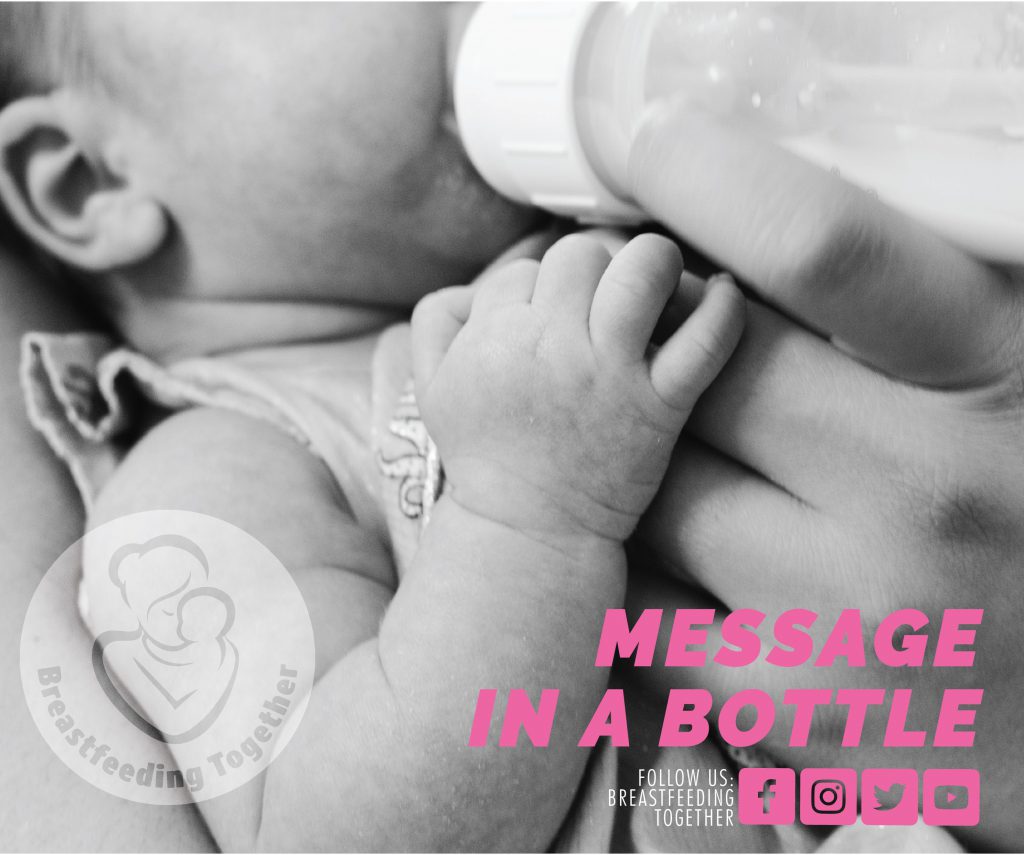 As much as we might be enjoying breastfeeding, many mums will want at some point to introduce a bottle.
Perhaps we have a night out planned, dad/partner wants to help out or you just want a bit of a break. All great ‘reasons’ to want to express and give a bottle. However we’ve found many mums worry that giving a bottle will ‘ruin’ breastfeeding or cause problems. Or worry about the right time to do it.

So when is the right time?

We know when bottles are given too soon it can cause what we call ‘nipple confusion’. Babies can struggle to latch back at the breast and become fussy and reluctant to breastfeed. Leave them too late, and a baby that’s been exclusively breastfed for a few months may refuse to take a bottle at all.

It’s really about finding that ‘Goldilocks’ moment…..not to soon, not too late but ‘just right’.

When there’s not a clinical need to supplement via bottle, we’d encourage waiting around 4-6 weeks before introducing a bottle. At this stage we find the majority of babies have perfected their art with breastfeeding and are able to switch more successfully between breast and bottle. Bottle feeding is physically much easier- they’ll get a bigger reward (a quick full tum) for less effort, and after all they are just little humans and who doesn’t want an easier way?!

Babies also latch very differently on a breast than they do on a bottle. They don’t take the same big mouthful of the bottle- which is why many of the ‘closer to the breast’ bottles aren’t always accepted by babies. There’s no bottle that works better for a breastfed baby, it’s a bit of trial and error, but we’ve found a pound shop bottle often works well- so start off cheap!!!

By this stage, they are pretty efficient breast feeders, so less likely to get a bottle preference, but there’s still more we can do to help prevent it…

Is something that’s been around a few years now and we love it! It just makes sense as a way to feed babies with bottles. It mimics some aspects of breastfeeding (the biological norm) so it’s how babies are expecting to be fed. It promotes secure attachment and helps prevent over feeding. It’s recommended for all bottle fed babies regardless of whether there is breastmilk or formula milk in the bottle. Watch the video for more on paced bottle feeding-

So, if we wait a little while and use a paced bottle feed, chances are baby will switch well between breast and bottle, just give them a little time to get used to another part of their breastfeeding journey!